Betsoft created the Gold Tiger Ascent slot machine with RTP-95.37% and released it on January 20, 2022. Online pokie quickly gained popularity among gamblers due…

This review is about the Slotfather slot machine with 5 reels and 3 rows. Casino players will be happy to know that this slot machine… 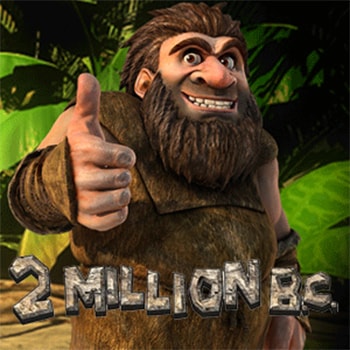 In 2014, Betsoft Gaming presented a new 3D 2 Million B.C. pokie machine. This game will turn your idea about the cavemen. Moreover, the online…

Players can meet Betsoft slot machines in all casinos with licenses and add them to their games list. Software provider’s games have existed since 2006, and fans of their pokie machines have been growing and choosing the casino with free Betsoft pokies for all these years. You need to scroll down at the website’s footer and watch the list of providers which slot machines you can play free, as on 50-spins.com. All slot machines in online casinos Loki, Golden Star, JoyCasino, GunsbetCasino, and Golden Lady, have the same features as on the official website, including free spins and bonus games. If the tournament starts by Betsoft, it is also allowed at the casino. Each month, Betsoft creates two or three games that appear at every casino that provides access to slot machines after several days.

The company started in 1999 in London, where a few men got together to sell and service equipment for land-based casinos and arcades. The business turned out to be lucrative, but in the early 2000s, the company founders turned their attention to an even more promising field – online casino software development.

A resounding success came to the developers in 2010 when they released the first slot machine from the Slots3 collection. This marked the beginning of a line of online pokie machines with three-dimensional graphics that have captivated millions of casino players. In the same year, Expand Icon technology was patented, which allows the characters to move around the screen while the reels are spinning.

In 2011, BetSoft introduced the first smartphone slot machine from the ToGo series, which allowed the company to attract a new audience. For the next two years, the manufacturer ramped up the production of video slots with three-dimensional graphics.

In 2014, there was a nasty story about the company’s Alderney license being revoked. According to the licensor, the company did not comply with the regulations of that jurisdiction. Betsoft representatives did not challenge the decision, continued business with a Curacao license, and soon received permission from the Malta Gambling Commission.

Two years later, the developer began releasing games based on HTML5 technology and converted its then-established collection of online slots, designed initially to run with Flash support, into this format. In this way, the software manufacturer was one of the first to respond to the emerging trend. Now Betsoft uses HTML5 technology, which is already a standard in gambling.

Gamblers have recognised the studio’s work. In different years, the company has won EGR, G2E, Malta iGaming Awards, 5Star, and other awards as an online casino provider or developer of the best slot machines.

The core of Betsoft’s portfolio is online pokies, whose special feature is three-dimensional graphics, an engaging storyline, and several original bonus features. More than 150 slot machines have been released.

Of interest to fans of playing Betsoft online pokies are games with jackpots, but even here is not without scandals. Professional players have repeatedly accused the manufacturer of too infrequent jackpots. And in 2016, a customer of one cryptocurrency casino accused the provider of non-payment of the jackpot. The player claimed that he was denied winnings on The Glam Life slot because the prize combination was collected during free spins. There were no clauses in the rules about it. After the accident, the developer changed the terms after the scandal and compensated the gambler.

We have not heard of something like this in recent years. Moreover, the provider is developing and appearing in new casinos: 888casino, bitStarz, and Stake.

Below you can see the latest Betsoft games:

In addition to online pokies, BetSoft also offers players a selection of card games (poker, blackjack, baccarat), roulette, and video poker. In 2019, the studio unveiled a development at the intersection of traditional computer games and gambling entertainment. Max Quest: Wrath of Ra is a 3D shooter that plays for money and wins based on a random number generator built into the software. The company has said it will continue to experiment in this area in the future. Here are the games which you can play for free:

Before launching a new project, the company’s analysts study the target audience and offer users a carefully crafted game. The brand’s slot machines have many advantages:

All this makes the company’s pokies popular and attractive among casino players. Disadvantages include an unknown RTP level in most games, low standard mode payout ratios, and frequent failure to use wilds.

It’s hard to make a top slot machine by Betsoft Gaming, as each slot by the manufacturer is unique in its way. Some of the most recognisable include:

The company holds licenses from Curacao, Malta, and Romania and permission from the Italian State Monopoly Authority. BetSoft cooperates with technical laboratories, which is confirmed by certificates and follows responsible gaming principles. This approach allows gamblers to count on fair returns playing BetSoft slot machines at online casinos.

BetSoft slots are popular among the players due to their design and feature unique for gambling. For example, casino players can now play games using their mobile devices. The next good thing is that BetSoft has started sharing more game data with players. From our point of view, gamblers can trust these games and try to play online for free or for money after sign-up at the casino.